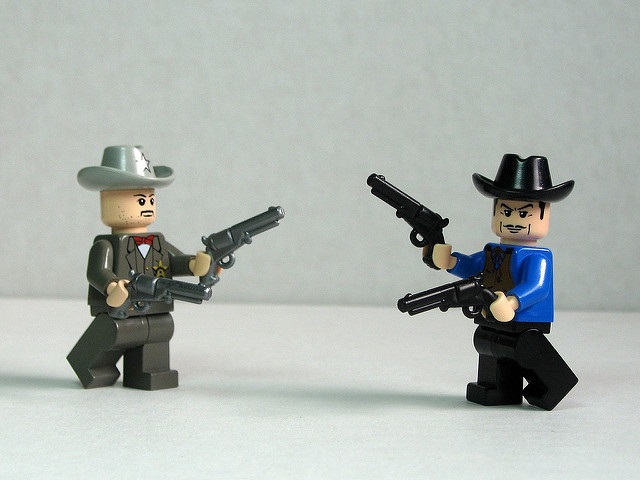 Such is the just-under-the-surface functional rivalry that regularly plays out every day in many organizations, a tiff that delays and sometimes stops a company’s technology evolution.

Where does the animosity come from?

Mars and Venus. Business and IT do come from different planets. IT is methodical, structured, detailed, and logical. Business functions are impatient, practical, and focused on quick solutions that work. The language, terminology, and methods of one are incomprehensible to the other. Right from the start, there is an inherent lack of understanding.

Turf and different agendas. Your CIO insists on controlling every aspect of technology in the workplace, but your Manufacturing VP asserts the right to acquire any information system that best meets the need. One side explores solutions and comes up with its favorite; the other side isn’t even consulted. People become locked into a viewpoint, start a campaign for their side, and nothing gets done.

Unrealistic expectations. The business side expects new stuff – innovation – from IT. But only 10-20% of a typical IT budget is slotted for innovation – the rest is consumed by keeping the lights on, a hard budget reality for most companies. The result: an unfair perception in the business that IT never delivers anything new.

Proximity. If a company occupies three floors of a building, where does IT usually sit? In the basement, first floor, or an annex somewhere (and sometimes halfway around the world). This telegraphs that IT is not important, and the physical separation creates gaps in relationships and communication. IT people want to be thought of as part of the team and having a seat at the table.

Misunderstanding of roles. Business and IT teams are often thrown together on a project without clear definition of who is going to do what. The business side expects much more from IT than IT expects to do, and vice versa. IT people also resent having to lead a project while the business side remains dis-engaged and absent.

Bring back some harmony with these practical moves:

Recruit the crossover people – those who understand and speak the language of both Mars (business) and Venus (IT) – to bridge the two sides. Put them in engagement roles with “the other side.” There aren’t enough of these people today because most companies still cling to ancient uni-functional career paths, but you know who they are, or could be, in your organization.

Establish together how IT solutions will be acquired. Business people are much more agreeable if they know there is at least a process where IT requests can be considered, prioritized, and acted on.  Agree that any exploration of solutions will be done together, that objective, score-based criteria will be used to evaluate system alternatives, and set a joint annual budget for IT investments.

Put people together: Co-locating IT people with their functional business counterparts is a big plus: 1) the business side feels valued because IT is paired with them; 2) IT people feel valued because they are “on the field” with business teams; and 3) communication and understanding have a better chance of emerging.

Negotiate roles upfront like you would any team effort. For a large project, what people resources are needed from business and IT, for how long? Who determines what each team member is expected to deliver? How self-sufficient is the business expected to be, in terms of learning and testing the new application? Write these down, publish them, and get signatures if you have to. Think of it as a team charter.

A final thought: is it time to re-think the traditional functional roles and the career paths that go with them, where IT is IT and sales is sales and supply chain is supply chain?