The Shiny Object and the Psychology of Large Enterprise Software Projects

You’ve seen it before – how projects gain institutional momentum even though the hard reasons for it aren’t clear.

An expensive multi-year project is hatched from the need for some level of management somewhere, to “move the enterprise forward” by technology-enabling new and improved processes.

Ideas – the seeds of projects — have a way of gaining momentum without the right level of rigorous questioning and unbiased analysis. Notice how a project, slim as the specifics might be, gets an impressive name, such as Phoenix, Gemini or Athena, and then almost automatically has credence as a legitimate, important initiative that must be done. Once the project gains notoriety in this way, there is a bias to produce something from it, and often that bias to do something ends up being the purchase of a new system or systems.

Years ago I worked for a company that announced a project to “transform” the company chiefly by “integrating” different departments; we’ll call this project Excalibur. A team was formed, made up of the best and brightest, from a cross-section of functional departments. A lot of full-day meetings were held.

I wasn’t involved in Excalibur, yet, so I didn’t know what the meetings were about. But I do know that the first thing — no, make that the only thing — the Excalibur team set out to do was to evaluate packaged software solutions…for what, it wasn’t immediately clear. But it occurred to me that the team was completely bypassing important steps, like stating a problem and business goals, identifying broken processes or dysfunctional parts of the organization, and defining a desired future state.

Epilogue: the project took nearly five years to complete, and resulted in replacement of four legacy applications with a new, interconnected ERP system. Two years after the completion of Excalibur, a new project was launched to replace everything with another ERP system.  I don’t know how much was spent on Excalibur, but we had a lot of consultants around for four or five years, and they weren’t free.

Yes, there must be a peculiar psychology to the decisions leading to projects that cost a lot of money but don’t produce results.  Maybe it’s just a reflection of human nature: wanting to be part of something big, visible, and important.  That’s risky though, if you look at the percentage likelihood of pure success of large IT projects based on studies to date, and if you plan on telling the truth when it comes to evaluating success at the end.

Recognizing that your enterprise might be in this situation – drinking the Kool-Aid, as it were – is a good first step toward avoiding the ensuing money pit. 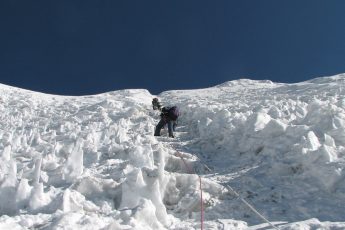 Scope Can Determine Success or Failure 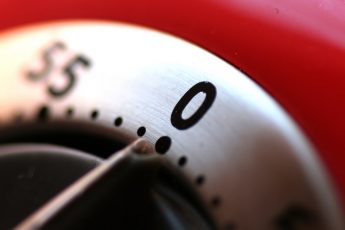 The One Minute Technology Manager – Test the Assumptions

March 30, 2016
« Previous post
The One Minute Technology Manager – Ask Questions
Next post »
Nip the Losing Projects in the Bud